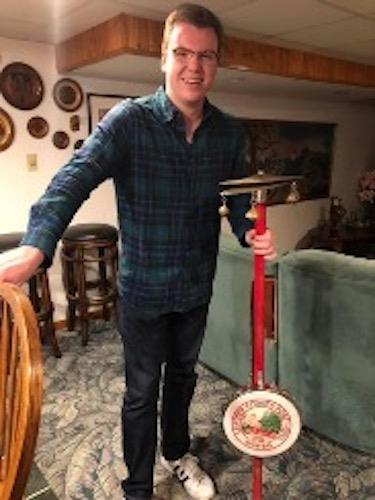 Robert Lawrence is a 2012 BASD graduate. While at Freedom he was the FHS Patriot Band President & Clarinet Section Leader, was in the orchestra, wind ensemble and several roles in the FHS Theatre Company.

Robert earned a Bachelor of Music degree in Music Education from Moravian University (2016). He is currently a K-5 elementary music teacher at several schools throughout  the Lehigh Valley. He is passionate about teaching music and believe that it is a vital part of a child’s education. Robert is also an an-air personality for Service Electric Cable TV and a former on-air personality on Sunny 1100 WGPA AM. He is a regular performer with the Allentown Band and Macungie Band, and has played at Carnegie Hall with the Allentown Band. Robert is a strong advocate for the arts and gets involved in committees and projects in his community that promote the importance of music education.